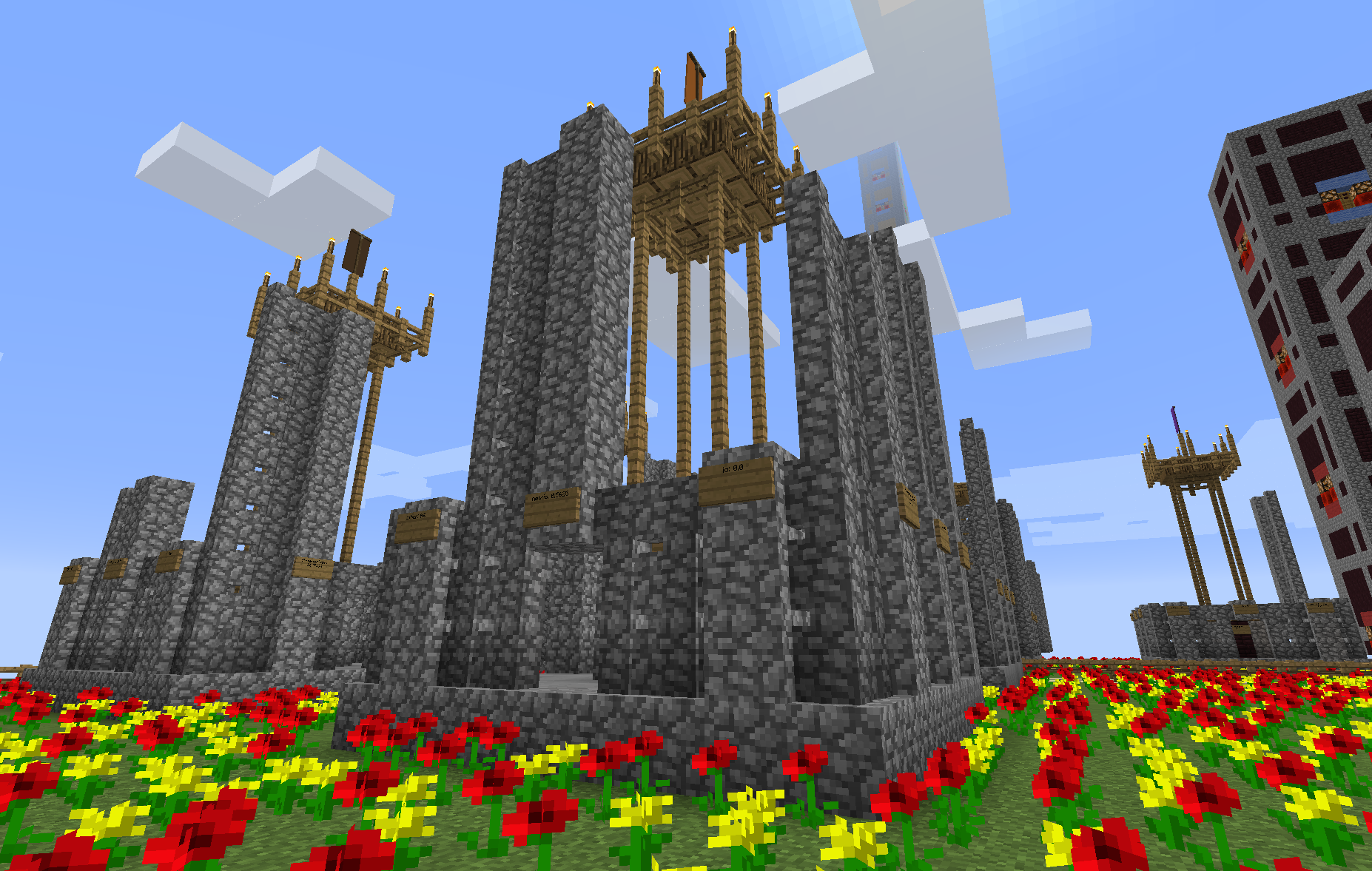 Our main contribution with the CodeMetropolis is to connect data visualisation with hight end-user graphic capabilities. This tool processes the basic source code metrics as input and generates a MineCraft world with buildings, districts and gardens. The tool in 2013, represented at first time on a conference was in prototype state. This version was written in C# using the .Net framework. It is a command line tool which takes the previously mentioned graph as input and creates a Minecraft world from it. There are a couple of open-source API-s for every major language which support editing or creations over these worlds. Our tool uses the Substrate library for .NET Framework.

The representation has two main levels. On the data level, each entity has its own property set – for example metrics. In the current version, these are loaded from the previously mentioned graph, but we plan to support other data sources, for example XML files. These data are displayed on the metaphor level. All buildings in the metropolis belong to this. The buildings and the world itself has a couple of attributes which control visual appearance. The properties are mapped to the attributes in order to visualise the data. However, in the current version this mapping is hardcoded, the further versions will support customisation with a sophisticated mapping language.

CodeMetropolis implements multilevel data visualisation: Minecraft allows fly, seeing the large scale size of classes and namespaces. Users can walk on the streets and compare the size and the complexity of the methods. It is possible to go inside the methods.

CodeMetropolis implements multilevel data visualisation: Minecraft allows fly, seeing the large scale size of classes and namespaces. Users can walk on the streets and compare the size and the complexity of the methods. It is possible to go inside the methods.

Benefits and other future possibilities

In this year we represent CodeMetropolis on VISSOFT conference too.

In 2015 we developed a new version of CodeMetropolis, with the users can invoke the visualization directly from the IDE. The new version of the tool now includes an Eclipse plug-in and a MineCraft modification in addition to the analysis and visualization modules, which have also been extended with some new features. Our goal was to build a bridge between coding and visualization. We chose Eclipse among the IDEs because it was a common tool for Java developers. We implemented a set of plugins which was able to connect Eclipse and CodeMetropolis, hence it became capable of integrating an elaborated visualization technique without disturbing the daily routine of developers. This version was presented in 2015 on SCAM conference.

In this new version of CodeMetropolis, data visualization has four phases: filtering, mapping, rendering, and displaying. 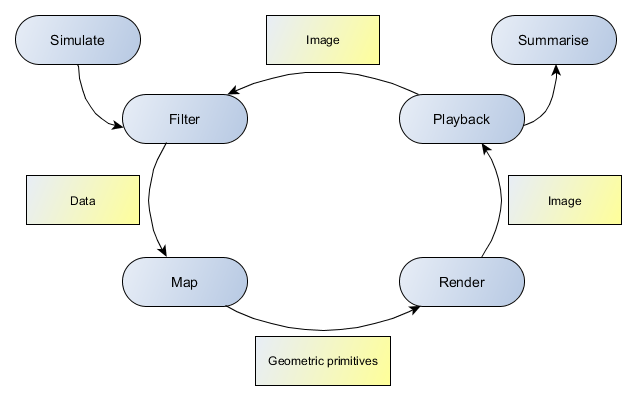 The implementation has three interlinked components. The first is Eclipse, the IDE itself, the second is Minecraft, which displays the generated city, and SourceMeter, a static code analyzer, which provides the metrics and the structures of the source code. These are connected via CodeMetropolis that converts the data to visual representation using the given mapping and city metaphor. Since the 2013 release of CodeMetropolis toolkit, it has undergone significant changes. A new placing algorithm has been implemented to provicee a more optimal city layout. A brand new build system has also been addid which resulted 100 times faster block creation. The mapping format has been completely redesigned to provice a a cleaner syntex and a lot more options. The background logic of the toolkit had to be changed at multiple points to fit our intentions. 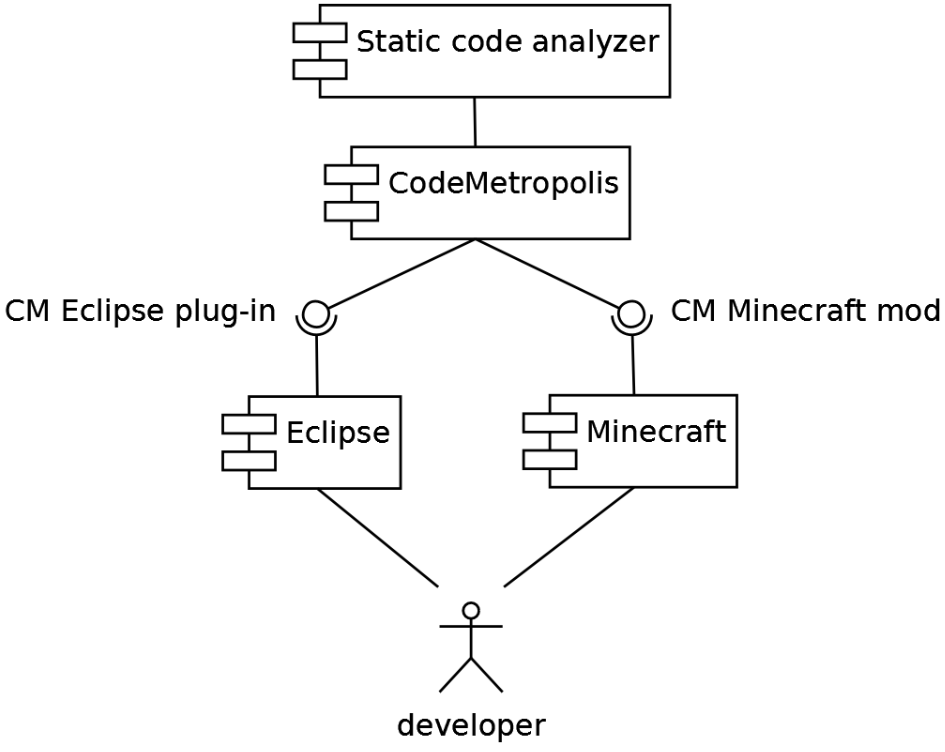